What is our hope when we say we EducatetoSustain?
We hope that the students of the artisan communities that CCI supports in the EtoS programme
complete high school, even graduate from college and return to the village to practise the craft of their forefathers.

In reality, this is a very high hope. For one thing, the younger generation is not interested in working
out of hot, dark, small huts at a livelihood that seems irrelevant in modern times when plastic and polyester rule. They see their parents constantly facing shortfalls of raw material and high prices for the tools for their trade. They see them in humiliating thrall to touts and commission agents. In such circumstances, they cannot be blamed for preferring to quit school to work in the city for quick and seemingly easy money, at say, a mobile phone store or retail shop or pizza delivery. There is disillusionment here too, but more on that in a bit.

The task for the EtoS programme then is to ensure that the support given by CCI encourages the students to stay in school up to the 10th or even 12th. However small the stipend provided by CCI, astonishingly this objective is being met. Sometimes I feel instinctively that CCI’s credibility is so high that craftspeople believe that CCI will do the right thing by them and their children. In Odisha, for example, in three years we have had only one dropout out of 62 students. In addition, candidates are carefully selected on the basis of their marksheets and evidence of craft skills so the artisan-parents know we are serious about nurturing craft. This year we have an all-time high of 117 EtoS Odia students from communities engaged in patachitra, dhokra beaded jewellery and stone carving. Each time I visit I am heartened to see more and more children interested in applying for the EtoS programme, armed with forms, marksheets and samples of craft work! 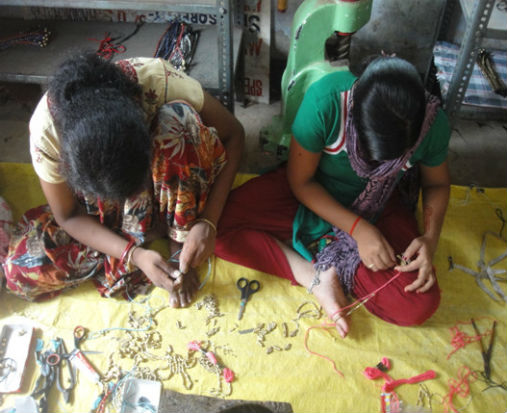 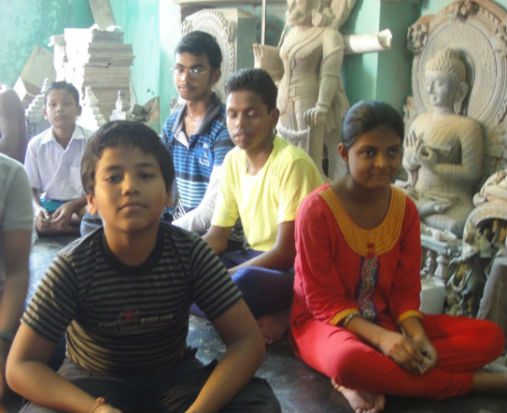 Earlier the number of students in the three Odisha clusters were fewer than 10 and used to have alarmingly low marks; some in single digit percentages. Now we have as many as 20 to 30 children in four out of five clusters; the smallest cluster has eight students but only because four of the earliest recruits have gone on to further study. We are also seeing increasing numbers of children with marks above 80%, well into high school. Many have passed the 10th and a few have completed the 12th and entered college.

Will they come back to the family craft? One can only imagine that after the inevitable disappointment with urban congestion, soulless work, ruthless competition and hire-and-fire employers they will realise the high status of their family craft and return to it. They will bring to bear their education, e-skills and exposure upon the artisan community and breathe new life into it. 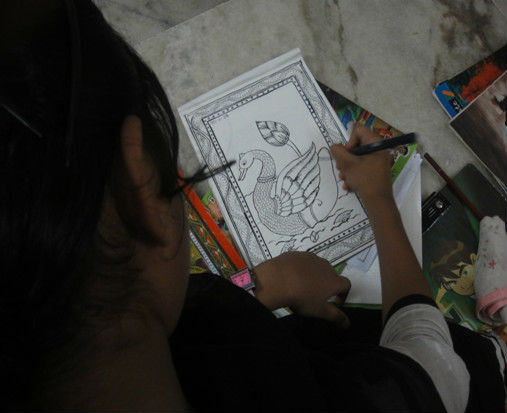 This is no romantic dream. Already there are several young artisans who fit this description, signalling the end of touts and the arrival of a new generation of self-reliant craftspersons.

As EtoS continues in its focussed manner, their tribe is sure to increase. 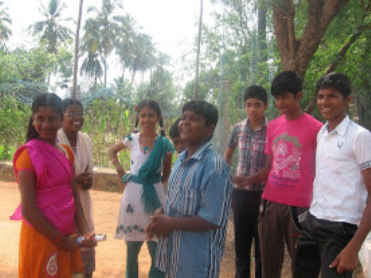 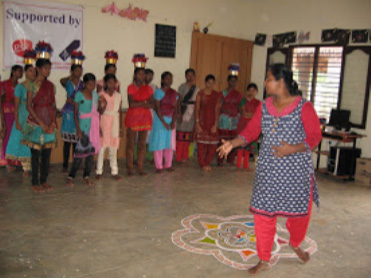 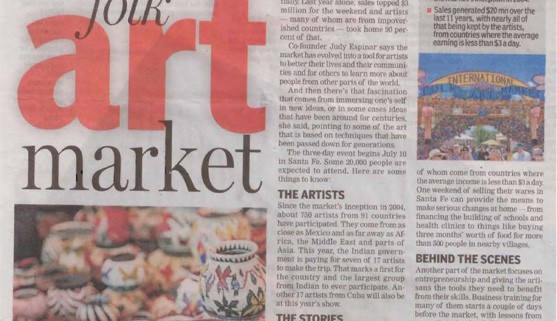 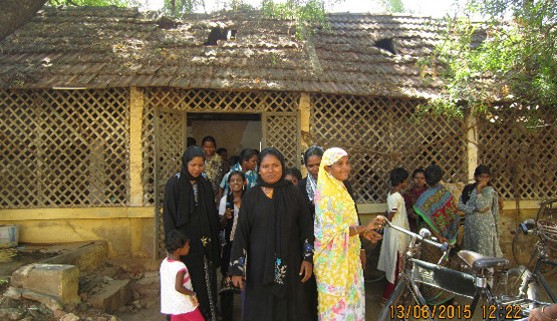 The women weavers here take orders from the Society. Once a flourishing craft with a good market the situation has changed over the last 10 years and the Society barely has money to pay wages. The Society has been very receptive to CCI’s program. While monitoring the requirements of CCI’s program, they have also kept aside a wonderful space for the Saturday mat weaving classes.

On our last visit a lively bunch of 7th grade girls were keen to show off their skills. 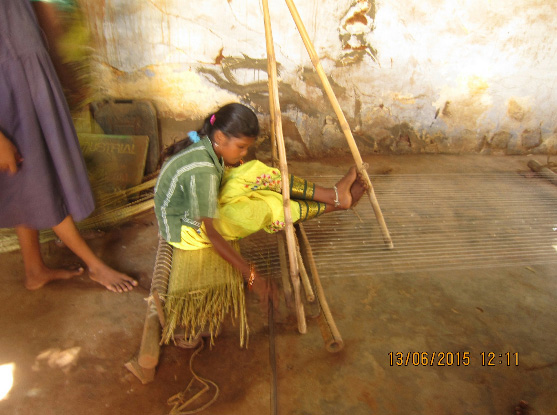 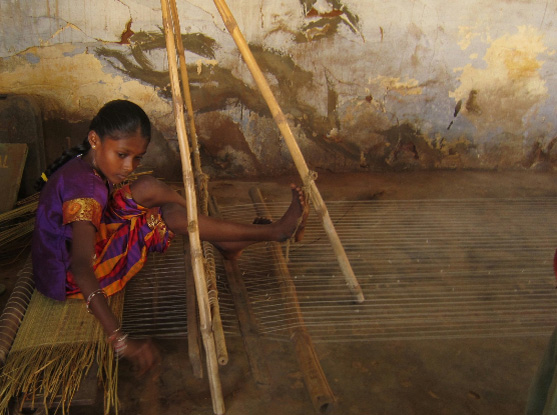