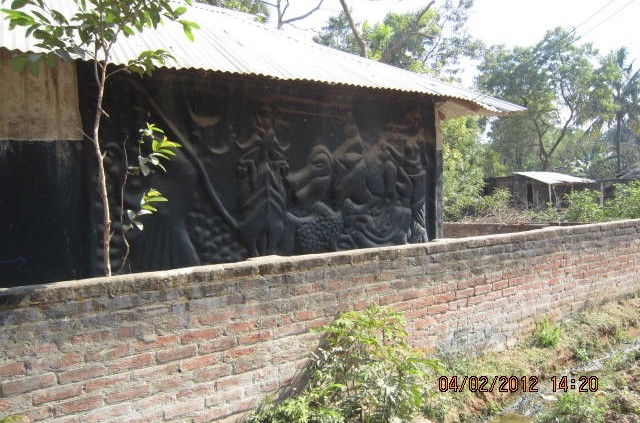 The Crafts Council of India (CCI) held its National Meet 2016 (April 7 and 8) at Visva Bharati, where almost a century ago Gurudev Rabindranath Tagore pioneered a system of life-centric education “in harmony with all existence”. Visva Bharati extended an invitation to CCI to meet on its campus through the Crafts Council of West Bengal (CCWB) and most generously shared its infrastructure as well as its craft, cultural and scholarship resources to enrich this opportunity for learning.

Craft was integral to Gurudev’s approach to progress and toward “the best of all-around culture” that could provide economic value through handmade products of “real use at home and commanding ready sale outside”. The Sriniketan campus became Gurudev’s laboratory for experiments that were far ahead of their time, extended through Silpa Sadan, Kala Bhavana and other expressions of Visva Bharati scholarship.

In this inspiring setting at Santiniketan, the National Meet thus drew on the experience of the Visva Bharati community and on the resources of this craft-rich region. It renewed partnerships, forged new ones and shared experiences since the last National Meeting held in Santiniketan in 1986. The Meet gave CCI a unique opportunity to reflect on the beginning of a national renaissance, and to draw on history to help re-position artisans and their crafts at the centre of Indian development. Discussions re-visited the legacy of Tagore and Gandhi within the competing notions of modernity and progress that prevail today. The challenge these present to the future of India’s artisans and craft cultures were reviewed within a contemporary context of both crisis and opportunity in the sector. 2016 was also the year in which the world community put into action UN commitments for Sustainable Development Goals (SDGs) accepted as a 15-year roadmap toward a better future for the planet. This 2030 Agenda challenges earlier perceptions of both development and progress, and reaffirms the vision of both Gurudev and the Mahatma. India was a major influence in the long process of identifying 17 Goals and then building a consensus around them. The first SDG is to end poverty in all its forms everywhere. Other SDGs include “full and productive employment and decent work for all”, ensuring “sustainable consumption and production patterns”, protecting terrestrial ecosystems, and the promotion of peaceful and inclusive societies.

The Inauguration of the National Meet

Crafts directly support these as well as other Agenda 2030 goals, and the SDGs have links with CCI‘s own efforts at articulating a development approach. This began at a sector conclave arranged in Kolkata by CCWB in 2008. That led on to CCI‘s Craft Economics & Impact Study (CEIS) in 2010, to its influence on the national Economic Census 2013-14, and on all that is still emerging from that milestone research.

The document below attempts to share the National Meet’s effort to address how past values and approaches for world harmony and progress, enshrined at Visva Bharati, can now be linked to India’s future and to the global opportunity of 2030 Agenda.