The Kamala Award for Contribution to Craft instituted by The Crafts Council of India in the year 2000 honours a senior craftsperson for his/her contribution towards the development of traditional craft and the training of younger people in the skill. This award carries a cash prize of Rs.10,000/-, a medal, an ‘angavastram’, citation and a certificate.

The recipient of the Kamala Award for Contribution to Craft for 2019 is Shri.Haji Ebrahim Khatri from Bagh, Madhya Pradesh, for Traditional Bagh Printing.

Born in 1949 in Rajgarh district of Madhya Pradesh, Shri. Haji Ebrahim Khatri learnt the craft of Bagh printing from his father Shri. Haji Jummaji Khatri. Along with his family, Haji Ebrahim Khatri migrated to Bagh in the 60s where he continued to hand block print ‘lugdas’, ‘ghagras’ and ‘odhanis’ for the tribal people of the region.

Haji had great dreams of widening the reach of Bagh prints beyond Bagh by giving it new design perspectives. He began with a significant innovation of Bagh hand block printing on saris, salwar suits, bedsheets and home furnishings. He brought about innovative layouts of designs like ‘jowaria’, ‘makki’, etc, sourced from 1500 cave paintings. He also extracted dyes out of pomogrenate peels, tea leaves, marigold, etc.

Haji Ebrahim Khatri has taught the Bagh printing process and craft to nearly 80 percent of the tribal population of the area and 7000 people both in India and abroad through training programmes, workshops, etc. His poetic and nuanced craft work has been exhibited both at home and in USA, Brazil and Algeria.

He is the winner of numerous awards. Among them are Madhya Pradesh government’s State Award in 2000 and Crafts Council of Andhra Pradesh’s Kamaladevi Chattopadhyay Award in 2002. The Government of India has bestowed on him the National Award for Excellence in Bagh printing in 1991.

The Crafts Council of India is proud to honour Shri. Haji Ebrahim Khatri with the Kamala Award for Contribution to Craft for the year 2019. 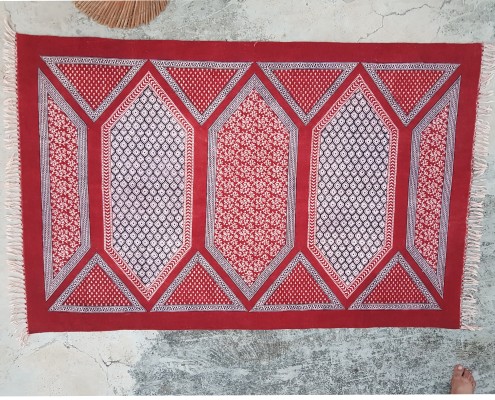 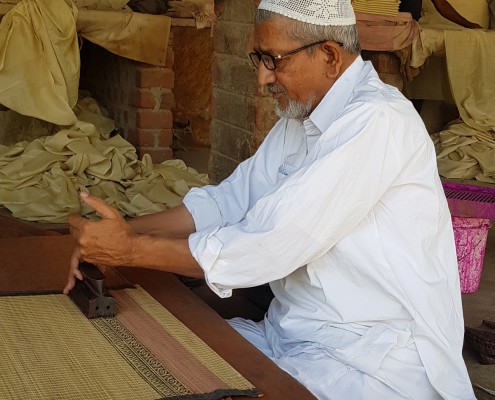 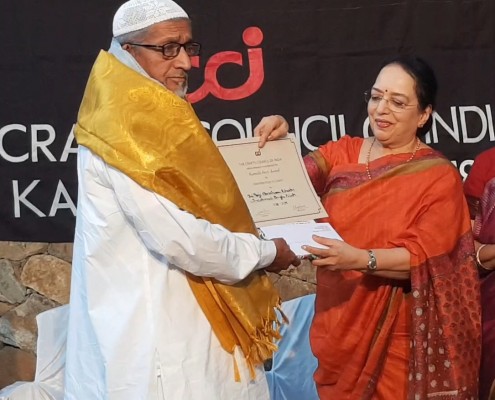 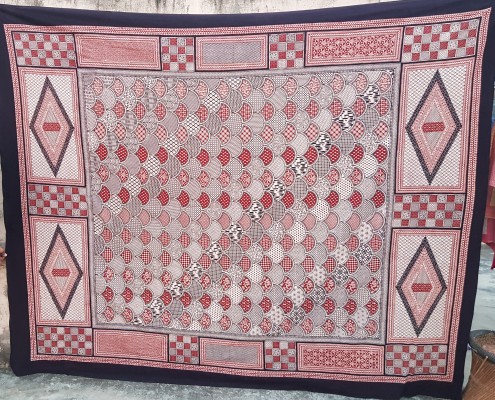