The Kamala Award for Excellence in Craftsmanship instituted by The Crafts Council of India in the year 2000 recognises the high level and proficiency of skill achieved in his/her traditional craft by an artisan, as exhibited in his/her body of work executed over the years. This award carries a cash prize of Rs.10,000/-, a medal, an ‘angavastram’, citation and a certificate.

The recipient of the Kamala Award for Excellence in Craftsmanship for 2019 is Shri. Kartik Chauhan from Ahmedabad, Gujarat for his Excellence in Applique Craft Work.

When Kartik Chauhan’s family migrated from Sindh, Pakistan to Jamnagar in Gujarat, they brought with them their antique familial craft of appliqué work. Soon Kartik Chauhan and his family began to weave coarsely woven ‘dhablas’ and ‘tangalas’ or skirt pieces for the local community. They were hugely popular for their brilliant colours and craftsmanship.

Shri. Kartik Chauhan has been involved in the appliqué craft for the past 15 years. His work has the exquisite touch and expertise of a master artisan with an unerring blend of concept and eye catching harmony.

Kartik has conducted various cluster development programmes and workshops for the craft. His experimentation with the craft has led to new designs, providing new inputs to appliqué artisans.

He has also been involved in training programmes with both designers and artisans. Shri. Chauhan is currently training 1200 – 1500 economically marginalised women in 4 clusters in Baroda, Rajkot, Jamnagar and Ahmedabad, helping them in their work with top designers in the country.
Kartik Chauhan has travelled to several countries for the promotion of the art of appliqué work. In the past 2 years he has also participated in the Santa Fe Folk Art Mart to represent his handicraft.

The Crafts Council of India has great pleasure in honouring Shri. Kartikbhai Chauhan with the Kamala Award for Excellence in Craftsmanship for the year 2019.. 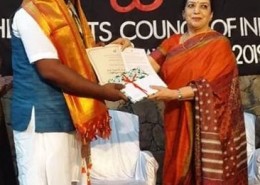 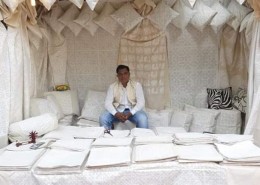 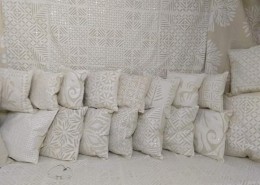 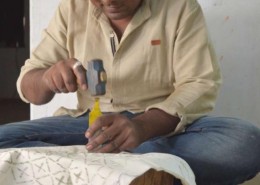 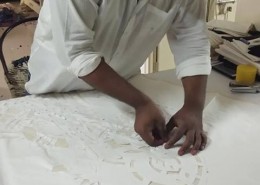