The Crafts Council of India has administered from 2018, the ‘Young Artisan Award’ sponsored by the Kaivalam Foundation, Chennai. This award recognises the quality of excellence in craftsmanship of young artisans who represent the face of India’s craft future. This award carries a Cash prize of Rs.10,000/-, a Medal, an Angavastram, Citation and a Certificate.

The recipient of the ‘Young Artisan Award’ 2019 is Shri. Prasanta Maharana from Puri, Odisha, for his Excellence in Pattachitra Artwork.

Born into a paramparik family of Pattachitra artists in 1989, Prasanta Maharana hails from the Craft Village Nayak Patana in the Chandanpur district of Puri.

Prasanta Maharana was trained in the nuanced art of Pattachitra Painting under the supervision of the National Awardee Shri. Sarat Kumar Sahoo at his home, following the ethos of the Guru Shishya Parampara. He has also been trained in Palm Leaf painting under State Awardee Prafulla Kumar Moharana. His exquisitely nuanced pattachitra wall hangings depict stories from Ramayana and Mahabharata, Gitopadesh, Krishna Lila and other Puranic tales. The mellow beauty of his imagery done in delicate brush strokes in colours derived from shell, stone, harita, and lamp soot adorn wall hangings in tussar, silk and specially prepared cloth canvas as well as functional items such as trays, coasters, etc.

The Crafts Council of India is privileged to confer on Shri. Prasanta Maharana the ‘Young Artisan Award’ for the year 2019. 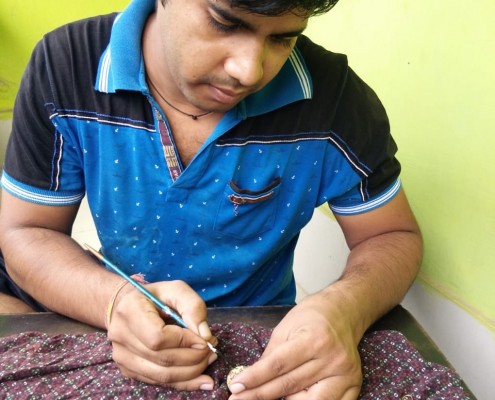 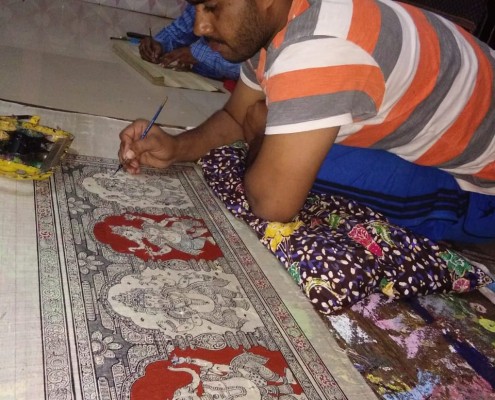 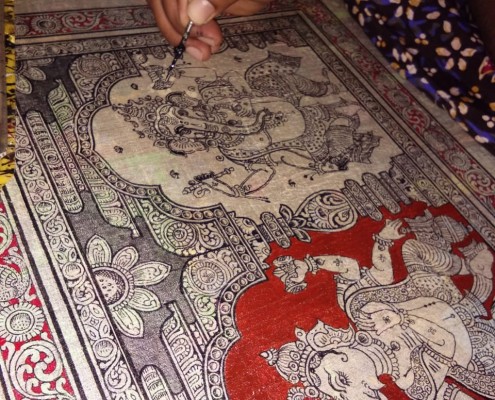 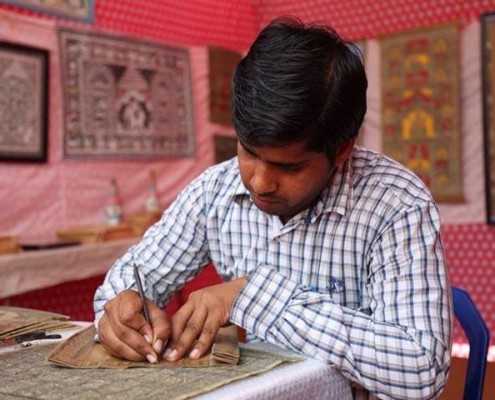