The Shanta Prasad Award for Excellence in Craft 2017

Since 2005, The Crafts Council of India has been administering the Shanta Prasad Award for Excellence in Craft. This award has been instituted in memory of late Smt. Shanta Prasad, CCI member and treasurer, by her family. It carries a cash prize of Rs.10,000/-, medal, ‘angavastram’, citation and certificate.

The recipient of the Shanta Prasad Award for Excellence in Embroidery 2017  is  Shri. Kabiraj Nayak from Odisha.

Over the last couple of years, he has been able to revive all the original motifs that a Bomkai sari was once known for like bitter gourd, peacock, parrot, trees, flowers, fishes, pomegranate seeds, diya stands, etc. He was once asked why he chose to stay back in his village and continue weaving instead of migrating to another state with his friends in search of work that could have fetched him better earnings. To this he said, “I prefer weaving in my house with my family over breaking stones and/or operating machines for 15 hours like all those people migrated to Surat and elsewhere for better salaries. In my weaving profession, it is very convenient to work from home. As compared to cities, I get to live in a relatively pollution free environment in my village. Then why would I want to leave all of this for extra money? All I ask for is fair wages for my weaves and a sustained market”.

In 2015, Shri. Kabiraj Nayak was awarded the Sutrakar Samman from the Delhi Crafts Council for his excellence in traditional weaving skills.

For his exceptional skills and proficiency in the art of Bomkai weaving, The Crafts Council of India has great pleasure in honouring Shri. Kabiraj Nayak  with the Shanta Prasad Award for the year 2017. 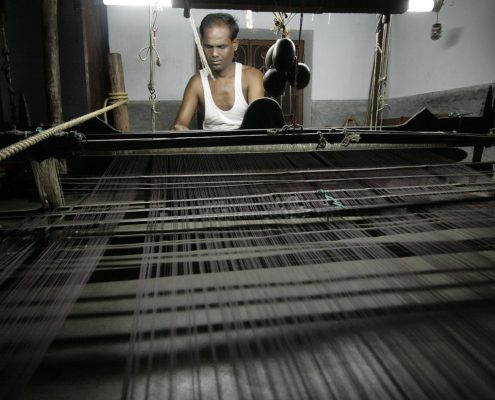 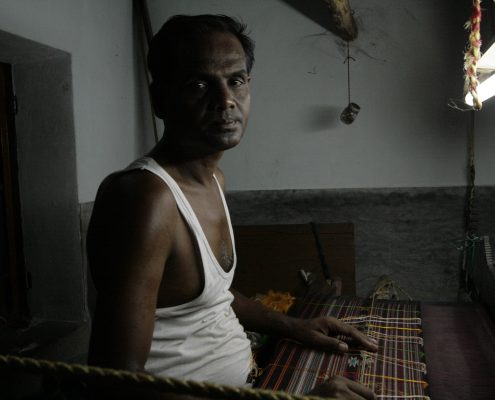 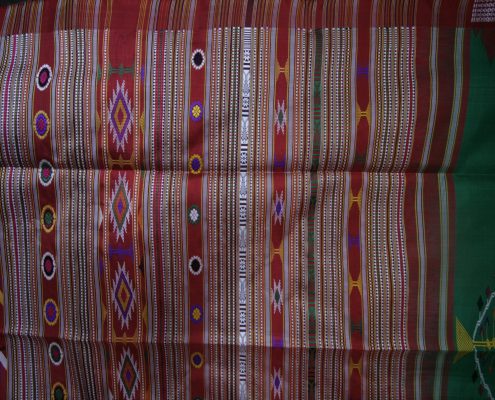