The Crafts Council of India will administer from 2018 onwards, the ‘Young Artisan Award’ sponsored by the Kaivalam Foundation, Chennai. This award recognises the quality of excellence in craftsmanship of young artisans who represent the face of India’s craft future. The award carries a cash prize of Rs.10,000/-, an angavastram and a citation.

The recipient of the ‘Young Artisan Award’ sponsored by the Kaivalam Foundation is Shri. Adil Khatri from Bhuj, Gujarat.
The first recipient of the ‘Young Artisan Award’ Adil Khatri was born in a middle class family of traditional bandhini artists of Bhuj. Women artisans are traditionally into dyeing in the process of creating bandhini tie and dye, while the men do the dyeing. Young Adil learnt the intricate craft of tying from his mother Tanzil Urva and dyeing from his uncle Akhtar-ul-iman. Surrounded as he was from a young age with lyrical colours and the designs of bandhini, Adil chose to become a bandhini artisan after completing his 12th class.

Although Adil has practised his traditional craft for a short time, he is eager to take it into new directions. He has finished a one year Design Course at Somaiya Kala Vidya, an NGO based in Kutch, teaching textile and fashion design to traditional artisans. His innovatively designed stoles, dupattas and saris as well as his palette of colours are already catching the imagination of bandhini lovers. By creating new products with his craft and design skills, Adil wants to preserve this beautiful craft for the coming generations.

Adil is the winner of a State Award in 2015 for Excellence in Craftsmanship at the age of 22 years, the youngest in the bandhini craft community.

The Crafts Council of India takes pleasure in bestowing the ‘Young Artisan Award’ sponsored by the Kaivalam Foundation on Shri. Adil Khatri. 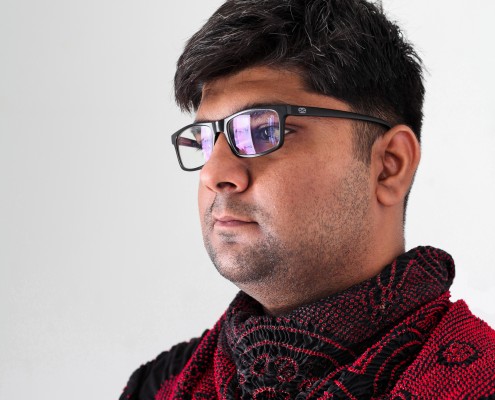 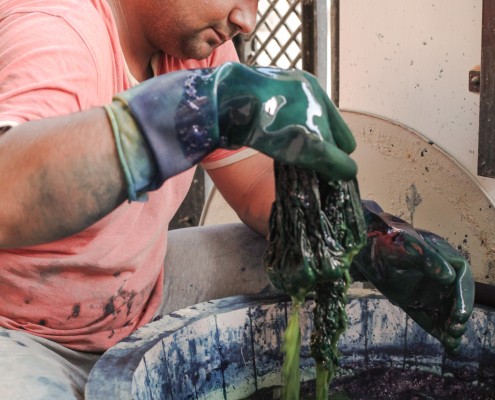 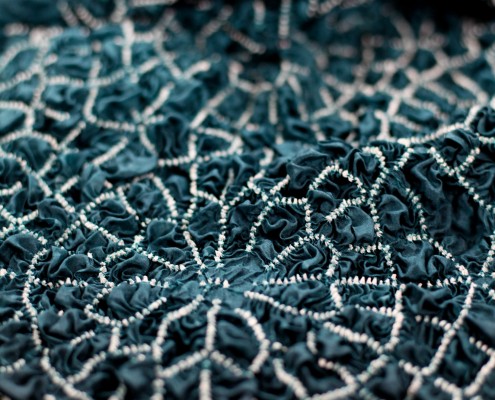 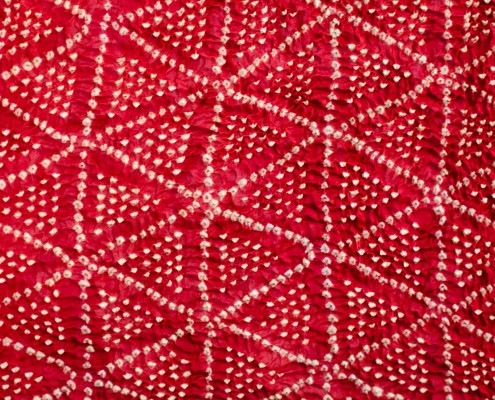 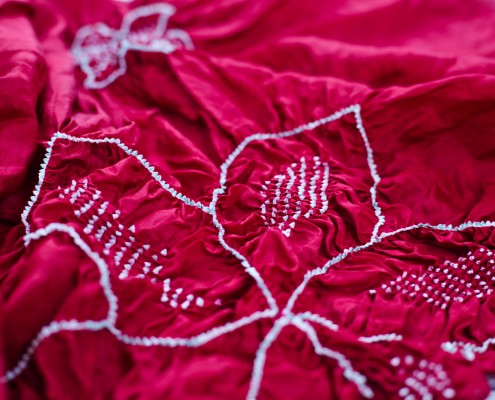 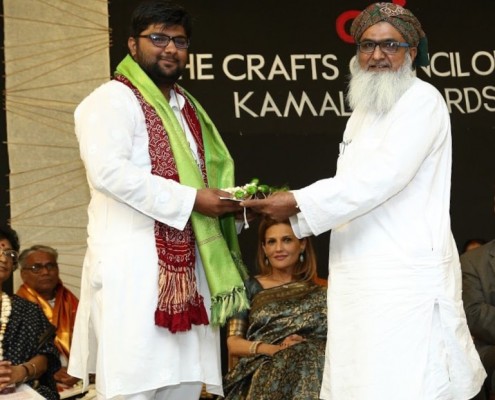